A little girl in a red polka-dot dress jumped down from the monkey bars and looked at her hands. Pink callouses formed on her palms. She rubbed her hands together to soothe the ache, then climbed up the platform to swing on the bars again. Nothing was going to stop her; she’d waited so long to show the world what she’s great at. 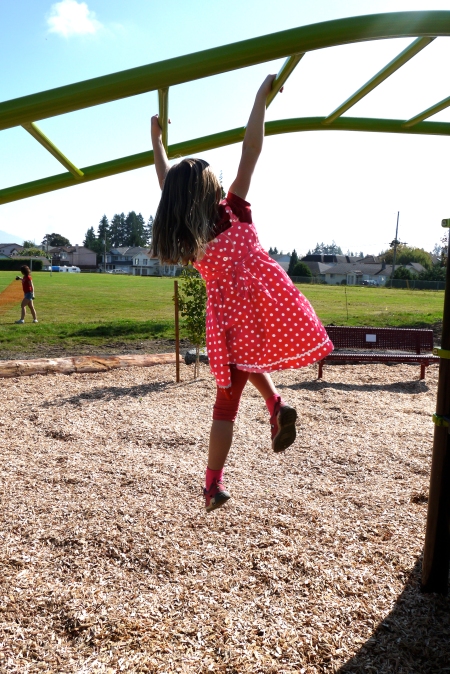 In May 2013, parents of students in school district 79 learned the fate of school closures and moves in the district reconfiguration. In one move, our kids and staff at Duncan Elementary School ousted the middle school kids and staff from their beloved Mount Prevost School.

Leaving Duncan Elementary, a heritage school so rich in local history, in the year of its 100th anniversary was heartbreaking. We also had to say goodbye to an outdoor classroom, a new playground, garden beds, the best swings in town—and monkey bars. Most of these structures were funded through the efforts of the current parent advisory council (PAC).

In the midst of this regret, one of our PAC parents, Mona Kaiser, sent a message to parents: This new school is a blank slate on which we can create an amazing new space. Her optimism helped shift our focus from what we were leaving to what was possible.

With the school district in charge of altering the interior of the school to accommodate its 400 shorter inhabitants, Mona and the PAC made plans for the schoolyard. The existing outdoor play options amounted to three soccer fields, a climbing rock, and a large play structure that accommodated two classes at a time. Each class was allocated a day of the week to play on the equipment. If it wasn’t your day, you didn’t play. This was hardest on the youngest kids who express themselves physically, like that little girl in the red polka dot dress.

Mona drew the plans, sourced the equipment, made a budget, and with the blessing of the PAC, submitted the project to the AVIVA Community Fund competition, through which our school and its extraordinary community of supporters won $125,000 to build the playground. Almost a year to the day the first AVIVA vote was cast for our project, the little girl in a red polka-dot dress eased her callouses on the monkey bars at the brand-new community playground at Ecole Mount Prevost Elementary School.

It’s a miracle this project was completed so quickly, especially given the school strike. My laundry doesn’t get done in the time it took this playground to be erected. Parents, grandparents, and PAC members helped on weeknights and weekends; the contractor—Apex Construction—was reliable, fun, and kept to the budget and the schedule, even though they had never assembled playground equipment, which, having made a brief attempt at it myself, is not far from rocket science.

But no one worked as hard as Mona. She managed the project from beginning to end. She was first on site most days for the duration of the project. Not far behind her were her proud husband with work tools in hand, and her mother who catered for the work parties. 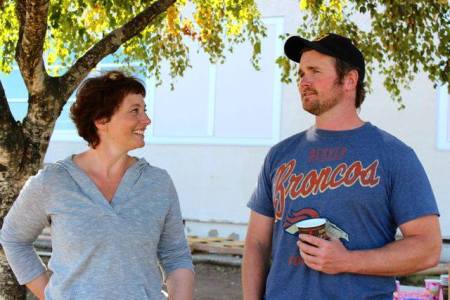 We call it Mona Kaiser Park in our house. While this is an unlikely official name, it will be hard to think of it as anything else. She has set the stage for a new generation of memories at the school, and has set the bar for volunteerism. It took the village to build this playground, but it took one extraordinary woman to lead the way.

Mona will be the first to shift recognition to the community, the families, the principal, and PAC members who supported this project from its inception, but if not for Mona, that little girl in a red polka-dot dress would still be waiting to show the world what she’s great at.